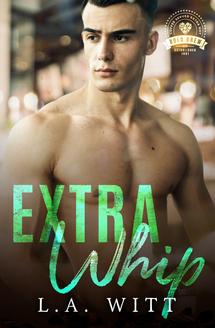 Join the Bold Brew Facebook group for all kinds of fun relating to this multi-author series!

Will and Aaron Taylor have a perfectly imperfect marriage. For twenty years, even when their desires haven’t quite matched, they’ve always found ways to adapt…until now. When Aaron’s needs push past his Dom’s limits, their best hope for compromise is finding a unicorn—a third person who checks both men's boxes.

After his estranged father wills him a house he doesn’t want in a town he doesn’t know, Kelly Griffith is itching to find his place in this unfamiliar new world. When he finds an ad from a couple looking for a sub like him, he jumps at the opportunity. A chance to be what someone needs and wants instead of being a perpetual disappointment? Yes, please.

The chemistry sizzles from the get-go. Will and Aaron insist they don’t want to be poly, and Kelly doesn’t want to be anyone’s third wheel, but playing together? Any time, any place. All they have to do is keep emotions from joining the party as the trust and intimacy deepen between them.

But by the time they realize they’re in over their heads, hitting the brakes is no longer as simple as using a safe word.

Extra Whip is a Venti-sized (140,000-word) stand-alone novel in the Bold Brew shared universe centered around an inclusive coffee shop set in a fictional small city. Each steaming hot coffee shop romance can be enjoyed alone, but collect all ten for the most fun! This menage romance contains a happily married couple in their 40s, a sassy 30-something submissive, lots of fluffy steam, and a guaranteed happy ending!"