Hacker Leotrim Nicolosi and Deputy Marshal Rich Cody may have escaped a vengeful crime boss by the skin of their teeth, but they’re not out of danger yet. With the mob’s tentacles embedded in everything from local law enforcement to federal agencies, the guys are running low on allies.

Rich has one ace up his sleeve—the men who had his back in warzones during his time in the Marines. When he sends out a distress call, the cavalry comes running. Heavily armed, highly trained, and fully provisioned, they hunker down in a buddy’s missile silo, ready to make a stand against whatever the Grimaldi family sends after Rich and Leo.

Leo isn’t so sure about the Marines, though. He trusts Rich, but something isn’t right, and he’s not a gambling man when his life is on the line. The Marines aren’t so sure they trust him, either, and Rich suddenly finds himself in a standoff between the men he’s bled with and the man he’s quickly falling for.

Now they’re running out of time to either find the turncoat among them or get on the same side.

Because the Grimaldi family is coming, and this time they’re bringing out the big guns. 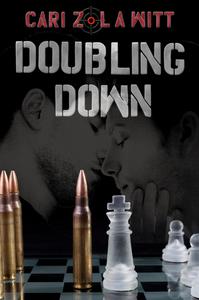