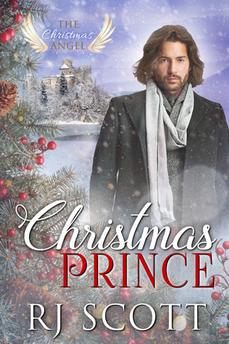 Pax Polo is the swashbuckling guitarist for Serenity Free.

Correction: Was the swashbuckling guitarist for Serenity Free.

Now he sports a black eye and his bros have kicked him out of their band—three weeks before Christmas. It’s an unfamiliar kick to his over-inflated ego, but . . . whatever.

Thanks to some stellar eavesdropping, an unexpected angel ornament, and a bribe to open for his favorite band ever, Pax will weasel his way back into his mates’ good graces.

All he has to do is friend Clifford, the neighborhood man-shrew, for the summer. Distract him a bit so Clifford’s younger sister can sneak around.

It sounds like a piece of beginners Beethoven. Jolly good fun.

Because, Pax totally knows how to friend people. He has heaps of friends. This shrew’s no match for his shrewd ways. Or is he?

Prince Raphael, the youngest son of the Montaunoit royal family, is the custodian of his country's history. At a Sotheby's auction, he outbids Marc on an item he doesn't even want. Just because he can.

Meeting the museum curator turns Raphael's world upside down, and when lust turns to love he knows he has to change.

Can Marc be the one to show Raphael that he doesn't have to stay the lonely prince forever, and that love is always an option? 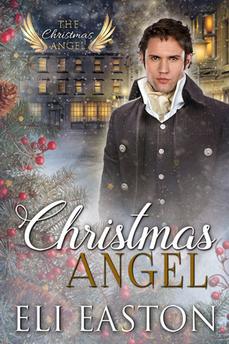 After the hard winter of 1888 ended Alby Boyle’s work as a Nebraska ranch hand, he returned to New York City in search of his long-lost family. His mother and brothers are nowhere to be found, however, and after Alby’s years of absence, Five Corners no longer feels like home. His prospects seem as dim as the nighttime alleys.

When Alby pauses to admire an angel ornament in a department store window’s Christmas display, he meets Xeno Varnham-Summerfield. Wealthy, handsome, and enthusiastic, Xeno brings Alby some temporary cheer. But for Alby to achieve his dreams of love and a real home, well, that may take a bit of holiday magic.

August 1939. Roger Miller and Jack O’Brien have been close since childhood. By the time they realize there’s more between them than friendship, Jack is leaving their sleepy Iowa town for college. But they console themselves knowing he’ll be home for Christmas. Right?

It is Christmas before they see each other again, but that Christmas comes six years and a world war later. Aged, beaten, and shaken by combat, they’re not the boys they were back then, but their feelings for each other are stronger than ever.

Neither know the words to say everything they’ve carried since that peacetime summer kiss, though. Even as they stand in the same room, there’s a thousand miles between them.

But maybe that’s some distance the little angel in Roger’s rucksack can cross. 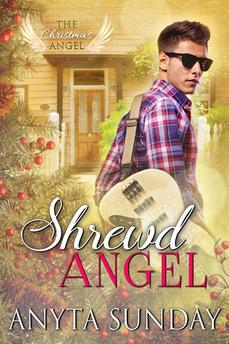 When John Trent, a dedicated member of the new Bow Street Runners, finds an exquisite carved angel floating in the Thames, he can’t stop thinking about it. He tracks down its creator, a sad and quiet young sculptor. But neither the angel nor the sculptor is done with John just yet. The blasted angel refuses to leave him be, behaving not at all like an inanimate object should.

Alec Allston is resigned to the fact that his love will ever be a river that flows out and never flows in. All he wanted to do was create a special gift so that a small part of himself could be with his unattainable and noble beloved, always. But when the gift keeps showing back up at his shop in the hands of a windblown and rugged thief-taker, Alec will need to reconsider his conviction that love is destined to remain an aethereal ideal.

In 1750, a master woodcarver poured all his unrequited love, passion, and longing into his masterpiece—a gorgeous Christmas angel for his beloved’s tree. When the man he loved tossed the angel away without a second thought, a miracle happened. The angel was found by another who brought the woodcarver True Love.

Since then, the angel has been passed down, sold, lost and found, but its magic remains. Read the romances inspired by (and perhaps nudged along by) the Christmas angel through the years. Whether it’s the 1880’s New York (Kim Fielding’s Summerfield’s Angel), the turn-of-the-century (Jordan L. Hawk’s Magician’s Angel), World War II (L.A. Witt’s Christmas Homecoming), Vietnam-era (N.R. Walker’s Soldier’s Wish), the 1990’s (Anyta Sunday’s Shrewd Angel), or 2018 (RJ Scott’s Christmas Prince), the Christmas angel has a way of landing on the trees of lonely men who need its blessing for a very Merry Christmas and forever HEA.

NOTE: All the books in this series can be read as stand-alone books. The only character they share is the angel ornament. 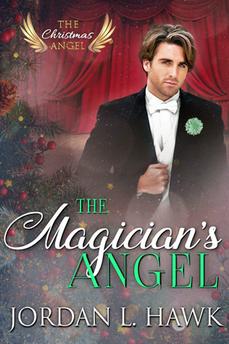 Gary Fairchild is proud to be a hippie college student, and he protests the Vietnam War because he believes in love and peace. To him, it isn’t just a counterculture movement—it’s a way of life. When tickets to the Aquarium Exposition—3 Days of Peace & Music, or Woodstock, as it was better known, go on sale, there’s no way he isn’t going.

Richard Ronsman is a sheltered farm boy who lives in the shadow of his overbearing father. He’s hidden his darkest secret to earn his father’s love, but nothing is ever good enough—not even volunteering for the Vietnam War. And with just a few days left before he’s deployed, a striking hippie invites him to join them at a music festival.

Three days of music, drugs, rain, mud, and love forged a bond between these two very different men that would shape the rest of their lives. They share dreams and fears, and when Richard is shipped off to war, they share letters and love. For Richard’s first Christmas home, he is gifted a special angel ornament that just might make a soldier’s wish come true. 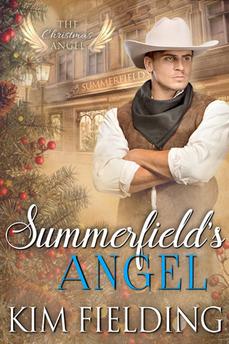 Vaudeville stage magician Christopher Fiend lives for the spotlight. His chance at big time stardom awaits him in Chicago, the next stop on the circuit after the little town of Twelfth Junction.

Edward Smith wants nothing to do with his family's theater. Until Christopher catches his eye on opening night, then treats him to a very special performance during intermission.

When a dead body turns up in the middle of Christopher’s act, suspicion immediately falls on him. If Christopher and Edward can’t work together to clear his name, Christopher won’t make it to Chicago in time. Edward knows he shouldn’t get attached to a man who will be gone in two days, but his heart—and a very special angel—have other ideas.

The Christmas Angel series of holiday romances follow the travels of an angel ornament through the decades as she inspires (and sometimes nudges) lonely men to find their Happily Ever After. 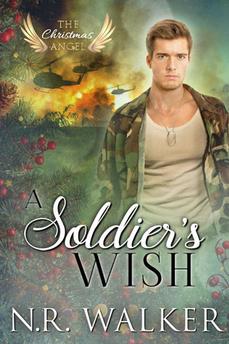