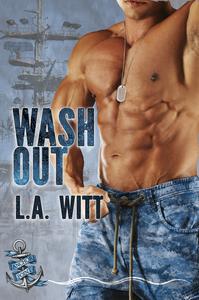 Casey Olson has always known he was destined to be a Navy SEAL, and the best day of his life was when he was accepted into training. The worst day was when a snapping bone ended his dream.

After three combat tours in five years, Logan Carter left the Marines and self-destructed. Now he’s sober and, thanks to a forgiving ex with friends in high places, has a promising job as a civilian contractor. All he has to do is stay on the rails and out of a bottle, even when his demons won’t leave him alone.

Logan likes his job, and he really likes the gorgeous man at the next desk. Casey tries not to check Logan out, but who is he kidding? From the start, despite their best efforts, neither man can resist the other. Sizzling chemistry leads to sex so hot they can both almost forget why they’re stuck in this office to begin with.

It would be perfect, except Logan can’t stop reliving wars he’ll never forget and Casey can’t stop grieving the SEAL he’ll never be. And they’ll never have a future together until they can make peace with their pasts.