Other books in the series:

Brent Weyland was the life of the party until an injury ended his hockey career. Now he’s retreated alone to a lakefront house, trying to make sense of a life and body that don’t feel like his anymore.

Jon Norquist was happily married right up until he wasn’t. Now a single father in his forties, he’s trying to figure out what comes next. In the meantime, he pours his heartache and regret into the lyrics he sings for the wine bar crowd a couple of nights a week.

When a friend coaxes Brent out for a night of wine and music, he puts Brent and Jon on a collision course. Their chemistry is instantaneous. Jon gives Brent’s battered body a much-needed remedial lesson in pleasure. And Brent gives Jon a reason to smile again.

Multiple reasons, actually. Neither man wants anything serious, but love has a habit of showing up whether it’s welcome or not. No matter how hard they try, the two can’t help having feelings for each other, even as life continues to throw them curveballs.

But they’ve both got baggage to unpack and hurt to move past, and if they can’t leave their pasts in the past, they might just miss out on an amazing future. 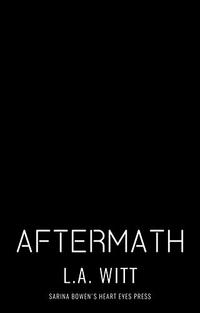