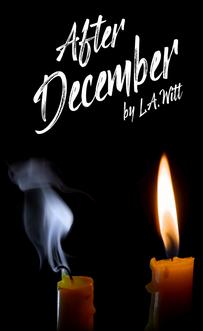 Tim Davis always knew he’d likely outlive his older husband. He just thought they’d have more time. He also never imagined that their final years together would revolve around a grueling and protracted battle with cancer. Eighteen months later, he’s still coming to terms with his loss and his new life. Where does he go from here?

Alex Ouellette is drowning in grief and survivor’s guilt, constantly reliving the moment his world stopped. Then a friend suggests that a change of scenery and the company of men who’ve been through similar losses could do him some good. Alex is dubious, but he agrees to go.

Neither man has high hopes for this widowers’ retreat. Grief and loneliness have been constant and unwelcome companions, though. At this point, they’ll try anything.

The last thing either anticipates when they get there? A powerful spark of attraction.

Friendship blooms. Then more. They bond over their grief, but also find joy, laughter, and a connection neither expected to ever feel again. As their broken worlds collide, both Tim and Alex finally have unexpected hope that there’s life after loss.

But grief’s dark clouds are never far behind, and the past could be the one thing standing in the way of a happy future.


After December is a 120,000-word standalone gay romance novel.