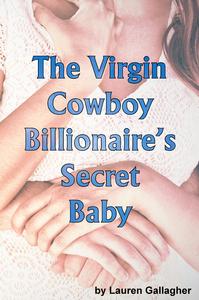 After retiring at thirty-five, billionaire Matt Coolidge should have it made. Instead, he’s got chronic migraines and high blood pressure. Oh, and during his workaholic years, he completely forgot to have a love life. Now he’s just trying to relax in between arguing with his mother about the fate of the family farm, not to mention his lack of a family of his own.

Then Matt’s childhood best friend, Dara Marley, rolls back into town. Ten years after a stupid argument ended a longtime friendship, they’ve both matured, and it’s time to let bygones be bygones.

Especially since they’re having a baby together.

Thanks to frozen embryos from years ago, Dara’s pregnant… and alone after her husband walked out. She wants her child to have a father, so she’s turning to the most logical place—the biological father, and the man she’s always regretted falling out with.

But with two judgmental families who can’t stand each other, and both Matt and Dara just trying to find their footing, they agree to keep the pregnancy quiet for now. Because somehow, he doesn’t think this flavor of “having a family” will appease his mother…

Dara wasn’t surprised that Matt looked good. She just hadn’t been prepared for how good. Sure, he’d long ago morphed from a gangly kid into a guy who could’ve modeled his way through college, but he wore his thirties better than he had any right to. And she’d been in Los Angeles for the past ten years—she’d seen her share of attractive men.

She shook herself. Was she really ogling Matt? Of course she was. She’d never even entertained the idea of being more than friends with him, but right now, checking him out was easier than watching his expression, because she wasn’t entirely sure how this was going to play out. If he’d talk to her, or if he was a breath away from a “get the fuck out of here”. And if he talked to her, she had some news—and a question—that might yet bring out that “get the fuck out of here”.

Beside her, Beth cleared her throat. “I’ll, um, let you two catch up.” Gesturing at the horse, she added, “Do you want me to put her away for you?”

He glanced at the dapple gray as if he’d forgotten the horse was there at all. “Um… I…”

“I’ll try not to keep you too long,” Dara said. “There’s something I need to talk to you about. And I figured it would be best to do it in person.”

His eyes widened a little further. “Oh. Um.” He glanced at his horse. “I should really—”

“I’ve got her. Go.” Beth gestured at other end of the barn. “You’re welcome to use my office.”

Matt hesitated. “Sure. Thanks.” He took a step toward Dara, but paused. To his sister, he said, “I think we need to bring Whiskey and Lady in. They both look like they’re going to foal any minute.”

Matt glanced at the horse, then nodded and gestured for Dara to come with him.

As they walked, she checked out their surroundings. The barn was bigger now—the loft was new, and Dara could’ve sworn the aisle hadn’t been quite that long before. There definitely hadn’t been quite so many stalls. For that matter, the aisle had been packed dirt before, and it was smooth concrete now, and lined with gleaming metal-edged white cedar doors. No bars on the doors, of course—neither Matt nor Beth would’ve allowed that.

This place had changed so much, and yet in a lot of ways, it still felt the same. Just being here screwed with her balance. She’d been back in Aspen Mill for two weeks, staying with her parents in her childhood home until she’d moved into a rental house across town, but it was this place that took her breath away. Coming back to the Coolidge farm was, more than anyplace else she’d been recently, like coming home. It was like she’d never left, and at the same time, like she’d been away for far too long.

But she had been, and she couldn’t change it. All she could do now was hope to God he wasn’t just being polite.

At the end of the barn, he stopped in front of a door marked Private. He pulled a set of keys from his pocket and unlocked the door, then gestured for her to go inside.

Wasn’t this place a blast from the past? She’d been in here plenty of times as a kid, and like the rest of the barn, it was both radically different and exactly the same.

Two walls were covered from floor to ceiling by awards. The trophy case she remembered—a small china cabinet with a modest collection of local trophies—had been replaced by a much bigger one, and it was exploding with silver cups and platters, as well as glass and acrylic awards.

The desk was the same, though the ratty chairs had been replaced with much nicer ones. Behind the desk, there was a huge photo on the wall that had been there for years. It was a little faded now, with some dust on the glass and the frame, but it had aged well. It must’ve been taken when Matt was four or five. Definitely no older than six. He and his two siblings sat in a row on the back of their grandfather’s prized stallion, all gap-toothed grins and bowl-cut hair on top of that elegant coal-black horse.

Behind them, Matt shut the door with a quiet click. Dara steeled herself, her heart pounding and her palms sweating—she’d been dreading this conversation ever since she came back to Aspen Mill, and now there was no escaping. Willing her stomach to stay where it belonged, she faced him.

Matt took off his baseball cap, revealing some silver at his temples. He was a little young to be going that gray, but wow.

Staring at her, he swallowed. “I still can’t… Is that…is that really you?”

She smiled, trying like hell not to get her hopes up. “In the flesh.”

“Holy shit.” He stepped closer, threw his arms around her and hugged her tight. “I can’t believe how long it’s been.”

Her eyes stung, but she forced the emotions back. He didn’t need to see her fall apart quite yet. “It’s been way too long.”

“Yeah. It has.” He let her go, and when he met her eyes, his were unreadable. Even if he was happy to see her, his guard was up. Not that she blamed him.

“So, um.” She cleared her throat, loosely folding her arms to keep from fidgeting too much. “When did you come back to Aspen Mill?”

“Really?” She smiled despite her nerves. “I didn’t think you’d ever slow down.”

“I didn’t either. But I, uh, didn’t really have much choice. Another year or two in that place probably would’ve killed me. Literally.”

She blinked. “That bad?”

He nodded. “One of my business partners had a heart attack, and I was pretty much asking to be next.” With a shrug, he added, “So I decided it was time to get out.”

“Wow. So, what are you doing these days, then?” She gestured toward the rest of the barn. “Besides riding, I mean?”

“That’s about it, to be honest. And helping Beth around the farm.” He shrugged again. “I needed some time off, I guess. More than I thought I did, apparently.”

“Dara, what’s going on?” He studied her. “I haven’t seen you in ten years, and suddenly we need to talk?” His voice was gentle, with no trace of hostility. “I’m pretty sure you didn’t stop by to discuss my health.”

She gulped. “Okay. Yeah. There is something. I…” …severely underestimated how hard it would be to talk to you about this. “It’s…” She couldn’t stand still, and she couldn’t look him in the eye anymore, so she started pacing across the well-worn, dusty red rug that had been there since the dawn of time.

After a long, uncomfortable silence, he asked, “Is everything okay?”