Two people who have been way too strong for way too long, a whole lot of justifiably broken vows, and three hearts who are running out of time to find forgiveness…

David Lamont would move mountains for Chris, his best friend and business partner. Now Chris is dying, and he only wants one thing—his estranged wife by his side until the end. David can’t imagine why he’d want that spiteful woman near him, but agrees to talk her into coming back.

Joanna McQuaid reached her breaking point a long time ago. Chris is oppressive, manipulative, and downright toxic. But she can’t divorce him. Not without becoming a pariah for abandoning a pillar of the community during his final days. She’s desperately lonely and torn apart by guilt over wanting to leave a dying man.

She resents David for dragging her home and defending her husband’s behavior. He thinks she’s spoiled, ungrateful, and callous. But when he learns his friend isn’t the man he knew, David sees a side of Joanna he never imagined. A side he can’t help falling for…

This 68,000 word novel was previously published.

David Lamont never drove without music, but today, every note coming through the Maserati’s speakers annoyed him, so he’d switched off the radio almost a hundred miles ago. In silence, he followed Highway 101, the strip of pavement dividing the forested Oregon coast from the rolling Pacific. The only sounds were the steady thump-squeak of the windshield wipers brushing away the heavy rain, the dull thudding of his thumbs tapping on the wheel, and the occasional snap of his peppermint gum.

With every mile, the irritation burned hotter in his chest. At least the gum kept him from grinding his teeth, but even that wasn’t going to help for much longer. Not as he passed the Welcome to Tillamook sign. He stopped tapping on the wheel and gripped it tighter. In spite of the wet road, he gave the Maserati a little gas—the sooner he got there, the sooner this part would be over.

Minutes into Tillamook, he made a left onto the two-lane road that would take him into the hills just outside of town. He had the printout of the directions in the console just in case he’d forgotten how to get there, but he didn’t give them a second look. Though it had been five or six years, he’d been here enough times in the past that he knew the way by heart.

Dozens of memories tried to come crashing into the forefront of his mind, pleasant flashbacks of summers and holidays spent at Chris’s cabin, but he forced them away. Those good times were over now. He was surprised Chris hadn’t tried to sell the place already. Maybe he was still too attached to it, or he was too deep in denial to deal with it. Maybe he just had too much on his plate these days. God knew David wouldn’t have been able to handle everything Chris had been dealing with.

Especially without any support.

David narrowed his eyes at the road ahead and white-knuckled the wheel. If Chris hadn’t asked him to do this, David would have probably been a day or so away from coming down here on his own and giving that bitch a piece of his mind. Maybe he should’ve taken the initiative sooner. Then he could’ve told her what he thought of her, turned around and left. No tact, no persuasion, no possibility of letting his friend down.

Granted, he wouldn’t be the one letting Chris down if Joanna held her ground, but still. He’d made a promise, and he was going to see this through no matter how much the sight of her pissed him off.

His jaw started to ache from gnawing so hard on the hapless piece of gum, so he spat it into his empty coffee cup. Without that to occupy him, he started tapping the wheel again.

Just one conversation. That was all he had to do. Well, he hoped—she was stubborn as hell, especially in situations like this, and it might take more than a conversation to persuade her.

He turned down the familiar dirt road, which led to the equally familiar driveway. As the green peaked roof came into view, a mix of emotions surged through him. Sadness, nostalgia, anger—he hadn’t realized how much he’d loved this place until now. This wasn’t David’s cabin, but he’d definitely left a few significant, if jagged, pieces of himself here, and revisiting those pieces now hurt like hell.

He parked in his usual spot, but there was nothing usual about it without one of Chris’s cars there next to his. Chris always got here first. Always. On a nice day, his candy-apple-red Ferrari would’ve been gleaming in the sunlight. On a day like this, the Land Rover would’ve been there with mud on its fenders. He rarely parked in the cabin’s garage unless the weather was really bad. What was the point of a flashy car if you were going to hide it indoors?

And, God, this place looked desolate without one of those flashy vehicles. Without Chris.

David forced back the lump in his throat as he stepped out of his car. He kept his head down, in part to keep the rain out of his eyes, but also because he didn’t want to remember what the lawn had looked like with that flower-covered white archway at the end of an aisle flanked by folding chairs. Or what Alexandra had looked like on her way down the front porch steps, the wind catching her veil and—

He shook his head. Fuck, no. Not going there today.

On the front porch, he stood in front of the French doors, put his shoulders back, and reminded himself one last time that he’d promised Chris he’d do this. Which meant keeping his temper in check. No matter what.

He steeled himself one last time, and then rang the doorbell.

Maybe she wasn’t home. Her black Mercedes wasn’t outside, but that didn’t necessarily mean anything—she almost never left her car out in the elements. Chris had been absolutely sure she was staying here, though. If she didn’t answer, David could go into town or—

Soft footsteps on the other side sent his heart into his throat. A silhouette appeared, features blurred by the expensive frosted glass as she approached.

For a moment, they just stared at each other over the threshold. She obviously hadn’t been expecting company—jeans, an old Seahawks hoodie, no makeup. Her blonde hair had been pulled up into a messy ponytail. And the sharp edges of her jaw and cheekbones were smoother now—before, she’d been so thin at times, people had whispered about whether she was as sick or perhaps sicker than her husband. She looked much healthier now.

She was pretty, that much was undeniable. Much as he didn’t like her, David was the first to admit she was gorgeous.

Well, when she wasn’t annoyed, anyway. She had a lovely smile. The expression she wore now—suspicion bordering on irritation—was hardly flattering.

David swallowed. “May I come in?”

Joanna hesitated, but then stood aside. After she’d closed the door behind him, they faced each other.

“I’m all right. Thanks.” He suddenly wished he still had his gum—he needed it to occupy his nerves. Nothing to be done about it now, though. “We need to talk.”

Joanna folded her arms across her chest. “Did you come on your own? Or did my husband send you?”

He searched her stony expression. “He asked me to come.”

Something in her posture wavered. Her lips tightened. “It’s back, then, isn’t it?”

Avoiding her eyes, David nodded. “It’s spread to his lungs this time.”

Joanna pushed out a heavy breath. “How much time does he have?”

“A few months. They’ve started him on some experimental treatment, but…” He made himself look at her. “He’s not coming back from this one, Joanna.”

Her eyes lost focus for a moment, creases deepening between her flawlessly manicured eyebrows. Then she inhaled slowly, and her arms tightened across her chest as her eyes flicked toward him. “All right. Thank you for the news.” The slight lift of her eyebrows asked if there was anything else. The “now get the fuck out of my house” was there too, but David planted his feet.

“Chris asked me to tell you.” David struggled hard to keep himself calm. “But he also wants you to come home.”

Fury shot through him. “For God’s sake, really?”

“Yes.” She narrowed her eyes and spoke through her teeth. “Really.”

“Your husband is dying, Joanna.”

“And my marriage died a long time ago.” She gestured down the hall toward the front door, and as she turned on her heel, added, “You know the way out.”

“I promised him I wasn’t leaving without you.”

She stopped, but kept her back to him and didn’t say anything.

She turned her head so her profile was visible. “I don’t suppose my feelings on the subject are relevant.”

“Jesus Christ, he’s going to die.” It took every last iota of self-control he possessed to keep his voice even. “Is it really too much to ask for you to come home?”

Joanna finally faced him, and her expression was impossible to read. Her eyes weren’t wet, but he suspected they weren’t far from it. Though her jaw was tight and her chin raised defiantly, she couldn’t hide the slightest quiver in her voice when she said, “Yes. It really is too much to ask.” 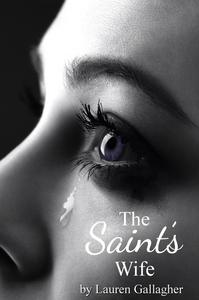