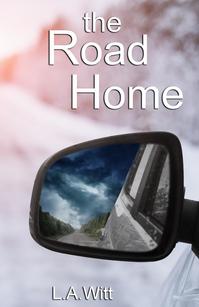 David Coleman has made some mistakes, and he’ll be living with the consequences for the rest of his life. He’s made decisions that have left him estranged from his once tight knit family. Even now, when David is clean and sober and working his way through medical school with a promising future ahead, his parents refuse to forgive or forget.

When he gets some grim news about his father, David realizes he’s running out of time to make amends. As he comes home for the holidays and his sister’s wedding, he knows it’s going to be tense, but he’s desperate to prove they’re wrong about him. And since they won’t take his word for it, he’s bringing reinforcements.

Hunter Scott will do anything for his childhood best friend, but he never thought that would include posing as his boyfriend. Except David’s family has always respected Hunter. Maybe if they see that David is good enough for Hunter to love, they’ll realize he’s good enough for them too.

But as Hunter and David lean on each other through snowstorms, family drama, and visits from personal demons, maybe this relationship isn’t as much of a performance as it was meant to be.