But there’s more to Lee, the man behind the stage name, than the reason he’s so successful in his career. About the time Rachel starts getting to know Lee, though, the music video is released with disastrous results. Her record label, hell bent on cleaning up the image they’ve created, doesn’t want her anywhere near Buck Harder. Thanks to Rachel’s ironclad contract, they have the power to keep them apart.

Except Rachel didn’t make it this far without a stubborn streak, and no amount of distance or interference can keep her from Lee, even if they have to keep it a secret.

But with the label and paparazzi watching her like a hawk, she can only keep this a secret for so long. And when the truth comes out, she’ll have to choose: the career she’s vowed not to lose again, or the man can’t help falling for?

This 75,000 word novel was previously published.

Leaning against the off-white wall of the cramped space that served as my dressing room, Rich shook his head. “Not kidding.”

I pinched the bridge of my nose and forced a breath out through clenched teeth. “Look, dancing with some guy is one thing”—I dropped my hand and looked at him again—“but this is a bit over the top, don’t you think?”

Shrugging, Rich said, “Well, it’s not your decision. This is what the label wants.”

Rich shouldered himself off the wall. “Rachel. Hon.” He adopted that condescending tone that had always made my teeth grind. “The idea is that you’re breaking out of your squeaky-clean image from your early career.” The smile was as condescending as his voice. “Olivia Taylor has grown up.”

I glared at him. “Grown up and, what? Joined a whorehouse?”

“Are you suggesting I don’t have sex appeal?”

He chuckled. “Since Buck Harder showed up on the scene, apparently.”

A snort that was equal parts derisive and amused came from behind me and reminded me that Quinn, my assistant, was still in the room. He followed it with a muffled, “Sorry…”

I didn’t look at him, though. To Rich, I said, “Buck. Harder.” I raised both eyebrows. “You’re serious.”

“Yes.” Rich tilted his head a little, making the fluorescent glare on his bald head shift toward what was left of his hairline. “I don’t know what you’re so upset about. You aren’t going to be doing anything but dancing with him.”

He shrugged again. “What we’re trying to present is the image of a woman who’s taken control. You’re a powerful vixen, and you’re not ashamed of your sexuality.”

“I’m not ashamed of my breasts, either,” I grumbled, “but I’d prefer to keep them in my clothes if that’s all right with Risen Star.”

Rich just laughed. “Well, the decision has been made. Besides, you know what they say. There’s no such thing as bad publicity.”

I narrowed my eyes. “Says the man who’s never been dropped from a record label for misbehaving in the headlines.”

“You’re not misbehaving in the headlines.” He gave an exasperated sigh. “You’re just projecting a sexier, more mature image. That, and you’re clean now, which is what I think the label was more concerned about.” Before I could reply, he added, “Your music is better than it’s ever been, kid, and if this album sells, you’re golden. If this video ups those sales, then…” He trailed off with yet another shrug. “Why do you care what your dance partner does with the rest of his life?”

“Rich, my new contract specifically says Risen Star will drop me in a damned heartbeat if I bring in any bad press.”

He waved a hand. “That clause is just to cover their asses. You know that. They’re concerned about you going back to rehab or something. They’re not going to drop you unless you really screw up and make them look bad.”

“Rachel. Sweetheart.” He put his hands on my shoulders and gave me that serious look that made me feel like a damned child. “You’re still on thin ice with the label, and they’re still not a hundred percent sure about bringing you back on board in the first place. You need to play their game and do things their way for a while, even if you don’t agree with or understand them.”

I sighed, and my shoulders sank beneath his hands. What could I say? Risen Star held all the cards, and until I proved myself a worthy risk, I didn’t have many options.

“It’s either do what they say,” Rich went on, “or go back to doing reality shows for washed-up celebrities. And even they aren’t all that interested in you anymore.”

His bushy eyebrows rose, and his forehead creased. “Am I wrong?”

Another sigh, this time made of pure defeat. “No. You’re not.”

“Good. Now get dressed.” He patted my shoulder. “Director wants you front and center in half an hour.”

“Trust me, hon. The marketing guys and the director know what they’re doing.”

He turned to go, and when the door closed behind him, I let out a breath and sank onto a folding chair.

“Jesus H.” Quinn gave a dramatic huff from the other chair where he’d been sitting quietly this whole time. Glaring at the door over his black-framed hipster glasses, he said, “That guy doesn’t just drink Risen Star’s Kool-Aid. He cuts that shit into lines and snorts it.” The second the words were out, Quinn clapped a hand over his mouth. “Shit, I’m sorry. That—”

“It’s okay. You’re probably right anyway.” I ran a hand through my hair and scowled. “Besides, what choice does he have?” I leaned back in the chair. “We all know he’s right.”

“God. Quinn.” I wrinkled my nose and couldn’t help giggling as I covered my face with my hands. “Eww.”

He smothered a laugh. “That got a smile out of you. I regret nothing.”

“Of course you wouldn’t.” I shook my head. “This whole thing is just insane, though.”

“Well, Rich did make one good point.” Quinn’s tone had shifted to a gentle but serious one. “This guy they’re bringing has got to have some sex appeal, and we all know sex sells.”

“Yeah, I know it does. But this seems… I mean it sounds…” I leaned forward and rubbed my temples. “Do I sound like as much of a whiny spoiled brat to you as I do to myself?”

“Honey. Honey.” He got up, dragged his chair over to mine and sat beside me. Then his cool, perfectly manicured hand closed around mine. “Rachel, look at me.”

He took off his glasses and looked me in the eye. “This is your dream. It’s fallen apart once before, and you’re getting the second chance you didn’t think you’d ever get. You’ve grown up since the last time. You’ve learned so, so much. You’ve also crashed and burned, so you know exactly how much you have to lose.” He squeezed my hand. “You’re not being a spoiled brat, sweetie. You’re looking at things and questioning them because you don’t want your dream getting away from you again, whether it’s because you screwed up or because some douchewaffle comb-over corporate cocksucker did.”

I burst into giggles. “You are so eloquent, Quinn.”

Nodding, I sighed. “Yeah, you are. I’m really trying to walk the line for these people, but I’m so scared it’s going to get yanked out from under me at any moment.” 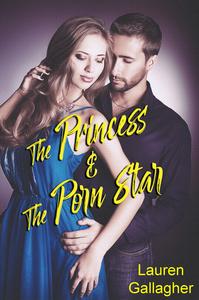