Rookie forward Isaac Rivera is still finding his footing in the big leagues where he’s no longer the best player on the roster. It’s a whole new world, especially now that several of his hockey idols have become teammates. Friends, even.

There’s one who’s more than a hockey idol, though… and he might end up being more than a friend.

Julien Landry is a powerhouse on the ice. In eight years, he’s become one of the league’s top defensemen and the heartthrob everyone wants to bed. But fallout from a painful mistake as a rookie, followed by years of rough-and-tumble hookups, have him itching for something more.

When a connection sparks between him and Isaac, he discovers what he’s been missing: someone he can trust with his body and his heart. As long as Isaac and Julien keep the heat between them off the ice, what could go wrong?

But Julien’s past is never far behind him, and when it comes crashing in, he might lose everything—his career, his friends, and the first person he’s ever really loved.

CW: discussions of past abuse and sexual assault 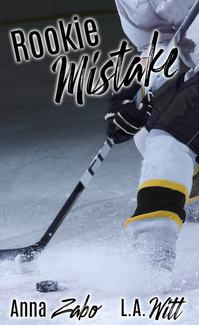 SERIES: On the Board