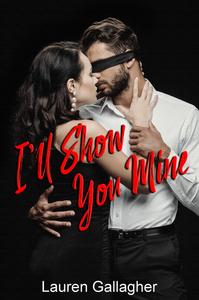 When Alyssa Warren meets Shane McNeill at a wedding, sparks fly. He’s hot, he’s looking her way, and he knows nothing of the years-old mistake no one else will let her forget. She can’t resist indulging in one amazing night…one that leaves her hungry for more.

She’s not ready to let her past scare him off, though, so she proposes a casual arrangement. Shane’s on board with that. No-strings, kinky sex with a beautiful woman who has no interest in his regrettable history—and with a libido that matches his own? Hell yeah.

But as they delve deeper into each other’s kinks, trust and intimacy are unavoidable. Before they can take see what the future holds, they’re both going to have to come clean about their pasts… and hope their confessions don’t drive them apart.


Never in her life did Alyssa Warren feel more naked than the moment she walked down the aisle with Shane McNeill.

In fact, the instant he stepped into the room before the processional began, she thought her dress might melt right off her body. When their eyes met, she wished it would. Holy shit.

Most guys looked suave and sexy in a tux, but there was something else about Shane. Oh yes, he was suave and sexy. Clean-cut, perfectly groomed, every dark hair in place and not a speck on his black jacket or glossy shoes. But…different.

He leaned casually against the doorway, barely wavering when the boat rocked beneath everyone’s feet, and he met her eyes without a hint of shyness. He didn’t approach; there would be time for introductions after the ceremony, and that was minutes away from starting. The only reason she knew who he was at all was because the red boutonniere set him apart from the other groomsman and designated him the best man.

Which meant they’d be walking together.

His presence made her hands shake so badly she almost dropped her sister’s bouquet, and she silently cursed Hannah for skipping a rehearsal. Everyone in the wedding party had done this before, so it wasn’t like they needed to rehearse the walk-up-stand-walk-back crap, but Alyssa could have used a practice run keeping her feet under her with her hand on that man’s arm.

“Okay, let’s do this.” Hannah adjusted her veil. “Everyone ready?”

Thankful for the distraction, Alyssa turned away from Shane and focused on helping her get the veil in place. “Question is, are you ready?”

Hannah took and released a deep breath. “I think so.”

“And if you’re not ready now,” Tina, one of the other bridesmaids, said, “you’re never going to be.”

“That’s true.” Hannah laughed. Another deep breath, and then, “Okay, I think I’m ready.” She wobbled a little, catching herself on Alyssa’s arm and the wall. “Assuming I don’t pass out.”

“You’re not going to pass out.” Alyssa braced herself against the wall and helped Hannah regain her balance. “This is just what you get for wearing high heels and getting married on a boat.”

“Damn it, why didn’t anyone warn me?” Hannah said, but laughed anyway. Then she adjusted the top of her dress and held out her hand for her bouquet. As Alyssa gave it to her, Hannah dropped her voice to a conspiratorial whisper, “Sorry you’re stuck walking with him.”

Alyssa glanced over her shoulder at Shane, who was shooting the breeze with two of the other groomsmen. “Oh, I think I’ll manage.”

Hannah wrinkled her nose but didn’t say anything. The fact that she was unimpressed with him only solidified Alyssa’s suspicion that this appearance was a façade. Hannah liked her pretty little rich boys—her fiancé had come from serious money—and Shane gave off a vibe that was anything but Cadillacs and country clubs. Even a tuxedo couldn’t hide that look, that aura, like he was a button and a shrug away from revealing something much less refined. Something almost dangerous. A wolf in sheep’s clothing.

Alyssa shrugged to mask a shiver, though every one of the goose bumps on her skin must have been visible to anyone within a five-foot radius. The ghastly sea-foam green dresses Hannah had picked out went all the way to the floor with a few inches to spare, but up on top? Her wedding band was probably thicker than the straps that stretched over Alyssa’s shoulders to hold up the insanely low front. The back wasn’t all that high either, and with her hair swept up like all the other bridesmaids, there was nothing to cover her neck and most of her back. All Shane had to do was look, and he’d see the effect he had on her.

He’d probably assume it was because of the cool breeze blowing in off the water through the open door. Alyssa doubted he’d guess every single hair standing on end had his name all over it.

She glanced at him again, and this time he looked too.

No, no, he wasn’t blaming any goose bumps on any wind.

Cocky son of a bitch.

She shivered again and looked away.

And of course, caught his reflection in a window. Damn it. She busied herself making sure all the bouquets were perfectly arranged and ready for the processional. At least she wouldn’t have to worry about his face reflecting in a bunch of roses. Though a man like him could probably manifest himself anywhere if he wanted to. Like the devil himself.

While she and Tina finished adjusting Hannah’s veil, Alyssa couldn’t resist, and she stole another glance. He was standing in the doorway now, hands in the pockets of his tailored trousers and gaze fixed on something out of Alyssa’s sight.

For the second time, goose bumps prickled along every exposed inch of her bare arms and back. She was fully dressed, but in this thin material with only the skinniest straps to keep it from falling down, she felt exposed and naked and, damn it, what she wouldn’t have given for him to turn his head just then.

There was just something about him. When he raised his hand to his face, she was genuinely surprised he wasn’t bringing a cigarette to his lips, and was instead scratching his jaw. He seemed like the type who’d be a smoker. The bad boy leaning against a motorcycle with a wrinkled pack sitting on the seat, a half-smoked cigarette hanging from the corner of his mouth and a Zippo lighter turning over and over between those long fingers.

She shook her head and turned her back to him again. What the hell? She didn’t think smoking was sexy at all—in fact it had become a deal breaker for her in recent years—but damn if that guy didn’t look like the type who could make it sexy.

One of the crew members directed everyone to the double doors that would lead them out onto the deck where the ceremony was to be held. At some weddings, the best man would already be out there with the groom, but, damn the luck, that wasn’t the case this time. As they were all paired off, Alyssa found herself standing far too close to Shane. She would’ve bet good money her heart was beating faster than the nervous blushing bride’s was right then.

“All right.” Hannah closed her eyes, set her shoulders back, and then smiled at her bridesmaids. “Here we go.”

Music started playing out on the deck, and the first bridesmaid-groomsman pair started down the aisle. Then the second. When the third disappeared through the door, Shane offered his elbow. Alyssa looked up at him. Between the glance down the low front of her dress followed by the devilish I know you saw that and I don’t give a damn eye contact, she was certain he saw right through her. She may as well have had I don’t know the hell who you are, but meet me someplace private written across her forehead, especially with the almost imperceptible lift of the corner of his mouth before he shifted his focus to the aisle.

She slid her hand over his arm and gulped, acutely aware of every place her bare skin made contact with the warm fabric of his tuxedo. They started up the aisle, and the brush of his jacket while they walked was almost unbearably arousing. Like bedsheets against naked flesh, and that thought didn’t help matters at all. 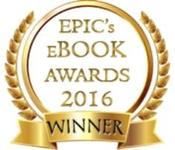