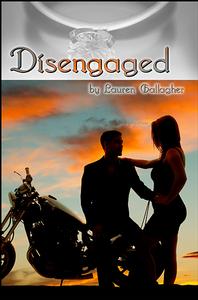 Why are the good ones always taken?

The last thing Amber wants to think about is engagement rings or anything related to engagement rings, but they're kind of hard to avoid when she makes her living in a jewelry store. Between her job and her last relationship, she's getting more than a little bit jaded about romance. In fact, as her cynicism grows, she's ready to change everything in her life - and a man is the last thing she wants.

When gorgeous bartender Jeremy wanders into her store, she's willing to reconsider what she wants right now, but he's off the menu - he's here for an engagement ring.

But as Jeremy comes back again and again to look at the ring, Amber suspects it's not just the price that's keeping him from taking it home. She'd never dream of sabotaging someone's relationship, but is Jeremy about to make a huge mistake?

Tuesdays were nearly always dead in the pompously high-end jewelry store where I was miserably employed, and tonight was no exception. Aside from the other peons on the payroll and the occasional lone customer, the store was deserted, and we were too perilously close to Valentine’s Day for the store to be this empty. That probably just meant that the last few days before the fourteenth, the mall would be teeming with panicked husbands, fiancés, boyfriends, other halves, and unsuspecting soon-to-be-exes.

But couldn’t they all come in tonight? At least that would have made the time go by quickly, and maybe kept my mind off the expected-but-unexpected end of my longtime relationship less than twenty-four hours earlier. I hadn’t said anything to the other girls. I hadn’t quite processed it myself, beyond wondering where I’d live and how I’d pay rent while Derek worked on selling our condo.

Oh, well. The Valentine’s Day customers would be along in due time. For now, I had a few minutes to flip through an apartment guide and get an idea where I’d be living in the foreseeable future.

Studio. Affordable. Roughly the same size as a postage stamp.

I set the guide down. Blowing out a breath, I rubbed my tired eyes. The few places I’d found that would have worked didn’t have anything available until the first of March or even April. Derek wasn’t throwing me out, but I wasn’t staying in our shared condo a moment longer than I had to.

Tara, my manager, dropped into the chair behind another desk. “Fucking tire kickers.”

She nodded. “Tried on every damned watch in the case, but heaven forbid they actually buy one.” She rolled her eyes and sighed dramatically.

“Did they say they’d come back?”

Our eyes met and we both burst out laughing. “I’ll come back” was customer-speak for “thanks, but no thanks.”

She nodded toward the front of the store. “Incoming.”

I looked up to see two women hovering near the sapphire and ruby case. I put my apartment guide under a stack of papers and made my way to the case.

“Is there something I can help you with?”

The redhead nodded and gestured at a pendant in the case. “How much is that necklace?”

“Let me have a look.” I unlocked the case and pulled out the pendant in question. I checked the tag. “Ninety-nine dollars even.”

The girl scowled and looked at her companion, whose expression was equally displeased. “Ugh, I knew he was a cheapskate.”

I cocked my head. “Are there any other pendants you’d like to see?”

“No, thanks.” She pointed at the one in front of me. “My boyfriend got me that one for my birthday, and I just wanted to see how much he’d spent.”

The other girl snickered. “Told you he wouldn’t crack a hundred.”

“Not surprised at all,” the first said with a disgusted look. “Think he’ll do better for Valentine’s Day?”

I watched them go. After they’d disappeared into the current of passing people, I looked at the pendant and sighed. So that was romance these days. A price tag. A dollar figure that determined if someone was worthy.

I shoved the pendant back in and locked the case. This week wasn’t doing a hell of a lot to restore my faith in love.

Sighing, I picked up a bottle of glass cleaner and a rag to wipe down some cases. Above the anniversary band case, the clock on the green marble wall, with its pretentious faux gold Roman numerals and razor-thin hands, announced it was ten minutes until six. That meant the rest of my co-workers would be returning from their dinner breaks, and as if on cue, in they came.

Monica with her bouffant hair that was so highlighted it was almost zebra-striped.

Gail beneath piles of jewelry and layers of makeup.

Shari in a vivid red suit with a short skirt that must have left her freezing when she went outside.

As everyone clocked back in, Monica paused to preen in front of one of the many mirrors on the wall. She scrutinized her reflection, smoothing her meticulously styled hair and adjusting the blouse that barely contained her ample upper body.

I resisted the impulse to roll my eyes, instead turning my attention back to cleaning glass. I’d been in this business for a few years, and as much as we were encouraged to dress professionally, there was an unspoken assumption we would also dress to use our own assets to our advantage. The men got away with traditional business suits, but it was just sort of expected that “if you’ve got it, flaunt it” applied to the women. The flashier the better, especially if flashy was combined with sexy. Exposed cleavage, clothing a couple sizes too tight, and of course, bright colors. Even some of the upper managers dressed like colorblind peacocks. Tara and I swore our district manager’s wardrobe was made up of clothing rejected by Cirque du Soleil for being too loud.

And it was no wonder customers assumed we were allowed to wear jewelry out of the case—ears and necks dripped with diamonds and gold. Bracelets jingled against Rolex watches. Fingers glittered with enormous rings. I was pretty sure Gail had the gross domestic product of three small countries on her right hand alone.

Then there were the heavily-scented hand lotions everyone slathered on in between marinating in cheap fragrances. Our store was a nauseating cornucopia of odors, from the on-site jeweler’s pungent torch to the perfumes that could double as chemical weapons. Stray garlic and grease fumes from the nearby food court rounded it out, making Friedman’s smell more like a street fair than a high-end jewelry store.

I picked up a bottle of glass cleaner and wandered to the Rolex case to wipe all the fingerprints off and make room for more. Same shit, different day. I glanced at myself in one of the seven billion mirrors in the gleaming store, meeting my own narrowed, glazed eyes.

Jesus. When had I become so damned cynical about everything? This wasn’t me. Except the last few months, it had been. But why?

Sighing, I looked at Gail. She’d been here nearly twenty years. Monica, almost ten. Shari and Tara, five apiece in this store and heaven knew how long at different companies.

And I’d been here six. Six years of my life I was never getting back. I’d known for some time I wasn’t happy with my relationship or my job, but this close on the heels of the former’s end, the latter was even less bearable.

God, why am I here? Six years in this place, four and a half with Derek, five since I’d applied to college for those classes I’d never gotten around to taking. How had this happened?

Where the hell was my life going, and why did I feel like it was going there without me?

Time to start looking for a new job. I was in the market for a new apartment and, eventually, a new man. Might as well shuffle everything around while I was at it. I made a mental note to browse some employment websites when I got home tonight. That, and I’d peruse that degree program I’d been putting off for the last five years.

A set of sharp, deliberate footsteps broke away from the steady rhythm of mall traffic, getting louder with every step. Time to put on the game face. I forced a smile, looked up, and—

Highly polished black dress shoes, black slacks, a crisp white shirt, and the most arresting pair of blue eyes I had ever seen. His dark hair was neat and messy at the same time; that tousled, spiky look that was like a deliberate form of bedhead. The kind of hair that just begged me to run my fingers through it. He was slender, but still had shoulders broad enough to be sheltering if he wrapped his arms around someone, hips narrow enough to—

My mouth went dry, but I somehow managed to choke out a greeting. “Hi, welcome to Friedman’s.”

He smiled, which didn’t do a damned thing to bring my pulse back down. “Hi.” There was a hint of shyness in his voice and the brief downward shift of his gaze. “I, um…” He furrowed his brow, looking at some of the watches between us, something apparently catching his eye. I took advantage of his momentary distraction to drink in the sight of him, if only for a second longer. Just below his lapel was a sleek black nametag with the logo for Christy’s, the swanky bar across the street from the mall. Under the logo, in white lettering, Jeremy. I could certainly see why my co-workers went there for after-work drinks all the time. The scenery alone was worth it.

Before I’d stared for an awkwardly long time, I said, “Is there something I can help you find?” The automatic words came in spite of my dry mouth and tied tongue. I wasn’t so sure I could improvise anything at the moment.

“Yeah, I…” A watch held his attention for another second before he met my eyes, and a hint of color darkened his cheeks.

“Looking for a Rolex?”

Of course he is. All the hot ones are here for engagement rings. I resisted the urge to groan aloud.

Thanks, universe. That is one sick, sick joke, you know that?