Jocelyn Rhodes is a single mother with a demanding career and a long-neglected libido. Frustrated with the dating scene and way overdue for some satisfying sex, she takes a friend’s advice and hires Sabian, a deliciously sexy escort. He’s well worth the money, and the sheets haven’t even cooled before she’s ready to call him again.

The more time she spends with him, the more she realizes she and Sabian have more in common than she thought. She’s a single mom, he’s a prostitute, and when it comes to dating, they’re both damaged goods. To most potential mates, Jocelyn and Sabian are in a category akin to dented soup cans, but if the two of them can look past each other’s respective dents, they just might find something they’ve both been missing.

But even if they do find that something, how on earth can she make a relationship work with a man who sleeps with other women for a living?

This book was previously published, and has been lightly revised from its original version. 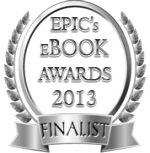 Eight fifteen, the blue numbers on the clock beside the bed announced without enthusiasm. Fifteen minutes till showtime.

It was a decent hotel. Not the Four Seasons, but not a roach-infested shit hole. A pair of queen-size beds. Thick drapes to block out the rest of the world and its prying eyes. A couple of watercolor prints so bland they almost disappeared into the pastel wallpaper.

It was the kind of place with people in nearby rooms and reassuringly thin walls. The murmur of room 412’s television was just barely audible, and earlier, room 416’s shower had added a whisper of white noise for a few minutes. At least this place wasn’t Hotel No-One-Can-Hear-You-Scream, though if everything went according to plan tonight, the guests in the adjacent rooms would probably wish it was.

Rather than staring at the other bed, which was already turned down in undeniable anticipation of the next few hours, I focused on one of the watercolors on the wall, though I had virtually no interest in the lifeless image of some flowers in a vase. I’d once heard about some studies that had determined that pastel colors had a soothing effect on people. Rumor had it some sports teams had painted the visiting team’s locker rooms with that scheme in mind. I couldn’t say if it ever worked on a rival football or baseball team, but it didn’t do a damned thing to slow my pounding heart or unwind my knotted stomach.

What the hell am I doing here?

Groaning, but not loud enough for it to carry into neighboring rooms, I rubbed my eyes.

I had everything. The husband. The kids. The white picket fence and the moat of perfectly manicured grass encasing a flawless suburban four-bedroom on a street where nothing ever happened except gossip and barbecues. A sensible car. A refrigerator covered with grade-school pictures, grocery lists, and Garfield magnets. A calendar full of meetings with prestigious clients and blowhards.

Oh, and a drawer full of sexy lingerie I hadn’t worn in years.

I still had most of it. The kids, the car, the house. The overloaded calendar and neglected lingerie. Thanks to that calendar, the grass wasn’t so perfectly manicured anymore, but my son kept it trimmed enough to appease the homeowner’s association.

The husband was long gone. Amicably divorced, happily remarried, completely oblivious to where I was tonight while the kids were with him.

Yeah, I had everything. Which was, of course, why I now reclined on a rented, rock-hard, queen-size bed, waiting for a male prostitute to show up.

No, not a prostitute. An “escort.” So said the company’s site, the woman I’d spoken to on the phone, and Kim, the friend who’d referred me to Elite Escorts to begin with. An “escort” who’d meet me in a hotel room and do anything I asked in exchange for three hundred prepaid dollars.

Not a prostitute at all.

“Trust me, Jocelyn,” Kim had said. “These guys are top quality. You won’t regret it.”

Wouldn’t I? I wouldn’t regret admitting I was so desperate for headache-free sex that I’d pay money to skip the crap and get to the fun part. I was buying sex. Nothing to be ashamed of or regret or hope to God no one ever found out about.

I groaned again, and this time the other guests might have heard me, but the TV noise didn’t falter, nor did the silence in the other room. This was a bad idea. A really bad idea. What was I thinking?

I knew exactly what I was thinking. I was thinking about the fact that I hadn’t had a decent night of no-strings, no-bullshit sex in entirely too long. I’d wondered for a while if it was even possible to have sex without first killing an evening feigning interest in the uninteresting, talking about anything except the reason we were both there, all the while dancing the dance of “I want this; do you want this?” until someone finally broke down and made a move. And even then there was no guarantee the sex would be good.

That was just the headache that went into trying to get a one-night stand. The very thought of what it took to kick-start a relationship these days made me want to scream.

Why was I here? Because I wanted to skip the song and dance, cut to the chase, and maybe have some sex that wasn’t so hilariously bad it warranted a “you won’t believe this” conversation with my girlfriends. I had more of those stories than I cared to admit.

I checked my cell’s sent messages for the thirtieth time to make sure I’d sent the right room number to the phone number the agency had given me. The room was correct, the message had transmitted, and my stomach tightened a little more.

Now that he was mere minutes away, another thought occurred to me: what if I wasn’t attracted to this guy at all? Every photo on the site had been gorgeous, but that didn’t mean a thing. I’d done enough online dating to know how deceptive a profile picture could be. It wasn’t that I was excessively picky, but the fact was love was blind, lust was not. I didn’t need Adonis, but I could do without the Elephant Man.

Kim had spoken highly of the agency, though, and she was the princess of pickiness. Any man for her had better be well-dressed, well-groomed, and well-hung, and if he couldn’t get her off at least twice with his mouth, she wouldn’t return his calls. Couldn’t imagine why she was thirty-nine and still single.

That pickiness was why she’d started using Elite Escorts to begin with.

“Once in a while,” she’d told me, “I just want a long night with a beautiful man who wants nothing more than to make me come and fuck me senseless.” And in spite of the fact that I eventually wanted a husband, or even a lover who stuck around for more than a few months, that was all I wanted tonight.

Of course, that wasn’t addressed directly in my interactions with the agency. We’d discussed the things I didn’t want and didn’t allow, all the while very carefully avoiding saying I wanted to have sex with the escort or that he’d be willing to do so. I paid for his company tonight. What happened during the allotted time was up to me, and it cost the same if we spent the evening playing chess, discussing the weather, or…not.

All the cloak-and-dagger of coded phrases and carefully worded questions added to the thrill, but it also made me nervous. What if I got caught? What if my man of choice tonight—a tattooed, goateed escort named Sabian—had a badge in his pocket instead of condoms?

An arrest for soliciting sex from an undercover cop. Oh, Lord, I could only imagine how that would go over at the advertising firm where I worked.

Fuck, what am I doing? I had kids to think of. And a career. My ex-husband had never tried to take the kids from me, but if he found out about this little indiscretion, then what?

I glanced at the clock. Eight twenty-seven. Blood pounded in my ears. Sabian would be here any minute.

I could always go the cowardly route and simply take what I’d paid for: his time and company. Sex wasn’t required. It wasn’t all that unusual for an escort to do exactly as his name suggested and escort his client to a restaurant, the opera, wherever. Perfectly legal. Perfectly socially acceptable.

To hell with chickening out. I hadn’t shelled out this much money to sit with the guy and talk about bland watercolor flowers. Odds were, he was legitimate, and my libido was pretty persuasive with its suggestions that it was worth the risk that he wasn’t.

A sharp knock startled me.

Too late for second thoughts.

Gulping back my nervousness and ignoring the swarm of cracked-out butterflies in my stomach, I rose and approached the door warily.

I took a deep breath. Turned the deadbolt. Opened the door.

Standing across the threshold was the kind of man who’d never have noticed me if I hadn’t just put a few Benjamins into his pocket. In photos, he was gorgeous. In the flesh, absolutely stunning. His light brown hair was playfully mussed, the look that was just shy of an engraved invitation to run my fingers through it. His hazel eyes edged closer to green now than they had in his photos, which was probably just a trick of the light. He was several inches taller than me with a flat stomach and broad shoulders, and I immediately had the impression he could throw me around and get rough if I wanted him to, and I did. Hell yes, I did.

The Elephant Man he was not. 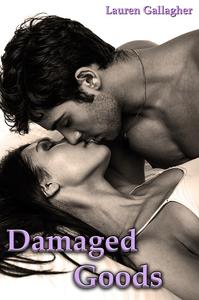